There is currently no ladder available
Catchup on all the latest action from ${round}!
Previous
Next
Loading…
Loading…

Collingwood believes the Aboriginal flag should continue to play a unifying role with people and communities right across Australia. As such, the club supports the Free the Flag campaign. The Aboriginal flag is a national symbol and a central part of First People's national identity. The Aboriginal Flag was proclaimed as a National Flag of Australia in 1995 and should be free of licensing restrictions that currently limit its use.

Collingwood’s AFLW program will show their support for the Free the Flag campaign as the club’s AFL and netball programs did in 2020. The squad will wear Free the Flag t-shirts during the warm-up for the remaining matches of the 2021 campaign. The t-shirts will make their first AFLW appearance on Saturday night when Collingwood play North Melbourne, ahead of the AFLW’s maiden Indigenous round the following week. 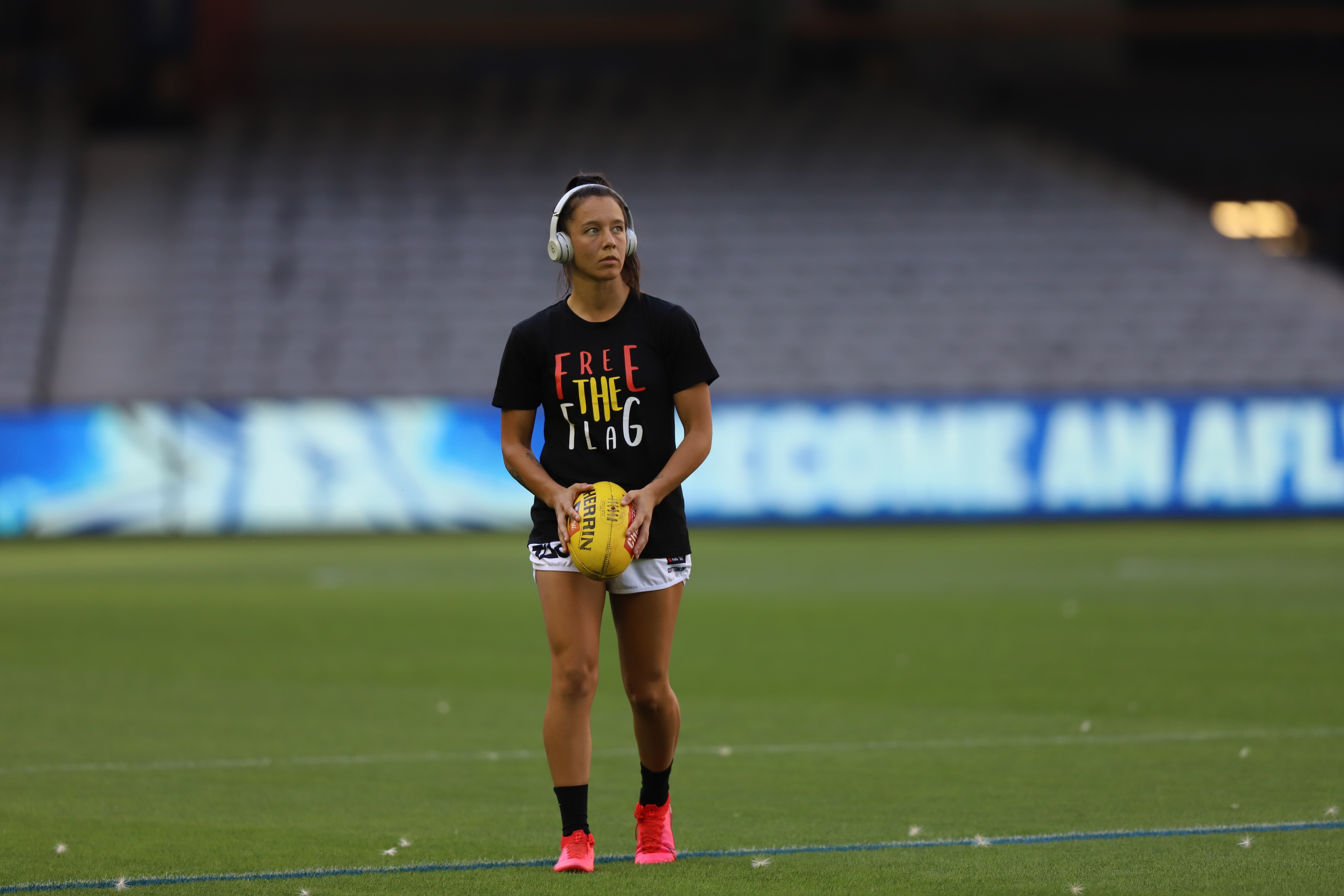 Collingwood’s Aliesha Newman believes it is important to engender ongoing awareness of the campaign.

“The Free the Flag movement is bigger than one round of footy,” Newman said.

“The whole AFLW program, with the support of the club, believes it is important to continue this conversation for the remainder of the season.”

“Collingwood, through its AFL and netball programs, has been behind the campaign for some time now and it is a cause the AFLW program wants to share in,” Lovett said.

"We hope this momentum takes us closer to freeing the Aboriginal flag and returning it to its people."

For more information on Free the Flag visit clothingthegap.com.au.

The Welcome to Country will be performed by Aunty Di Kerr.