Team sheets in ahead of #AFLPiesGiants Skip to main content
Catchup on all the latest action from ${round}!
Previous
Next
Loading…
Watch every match live and on-demand...
Loading…

Magpie Ben Reid is a confirmed starter for his first match in almost three months in Saturday's preliminary final against Greater Western Sydney at the MCG.

There are no late changes, with both teams as selected on Thursday night.

Reid produced some good form as a key forward in Mason Cox's absence earlier in the season before calf and hamstring issues threatened to end his season – and potentially his career.

Instead, the 30-year-old has a big role to play for Collingwood in what will be his first senior appearance since round 15.

Superstar Jordan De Goey's hamstring setback opened a spot in the forward line for Reid, while James Aish returns for his first game since round 18 as Levi Greenwood's replacement.

James Aish is back for the Pies. Picture: AFL Photos Greenwood ruptured the anterior cruciate ligament in his left knee during the Pies' qualifying final defeat of Geelong a fortnight ago.

The Magpies are gunning to make their sixth Grand Final since 2002, whereas GWS is trying to qualify for a maiden decider.

Damien Hardwick's Richmond, which came from 21 points behind at half-time to defeat the Cats on Friday night, is waiting for Saturday's winner. 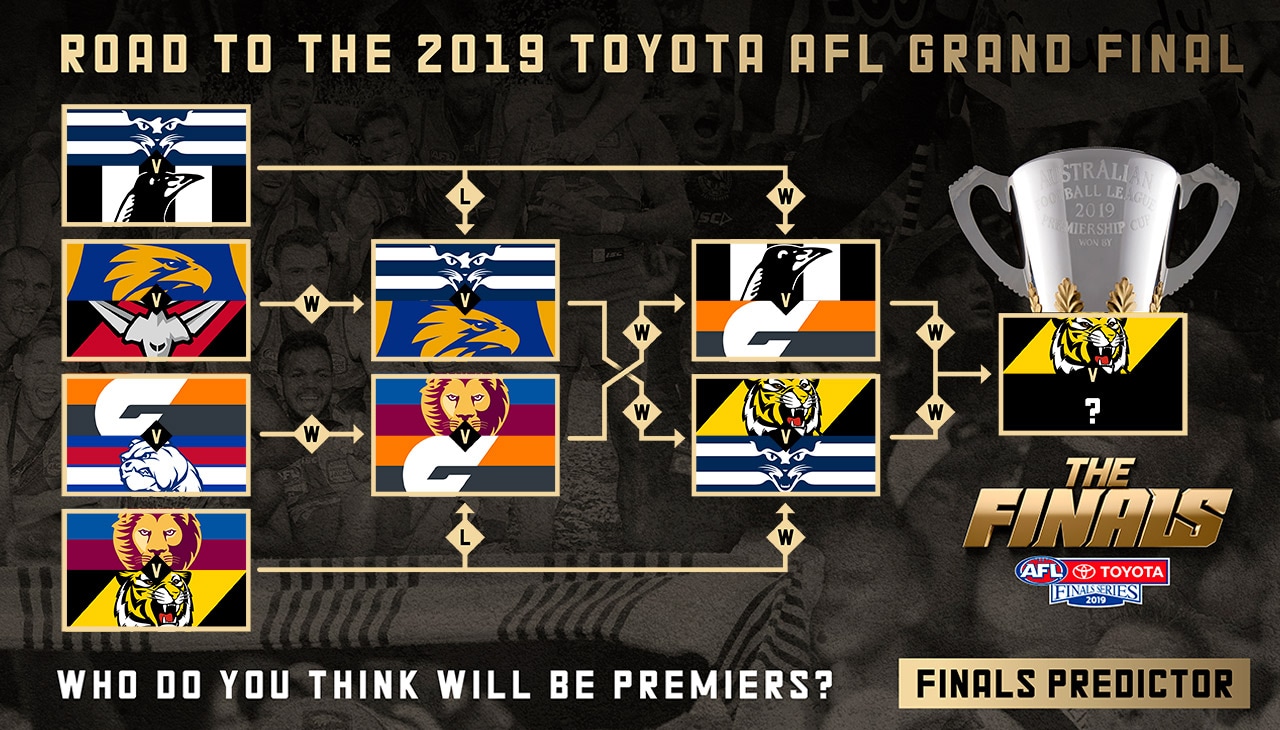