Collingwood is counting the cost of a damaging first quarter at Optus Stadium on Friday night, with in-form defender Darcy Moore going down with a left hamstring injury.

West Coast had already lost dangerous forward Jamie Cripps to an adductor injury earlier in the first quarter, before Moore also went to the rooms nursing his hamstring.

Moore has endured an injury-plagued run recently, playing just seven games last season due to a series of soft-tissue problems including a hamstring setback late in the year.

"We think it's a slight hamstring strain," Buckley said.

"As every player would understand, that will take a bit of time. But he's put a solid block of footy together and we think he'll get back in good time.

"It wasn't a big whack. I'm not a doctor, but it won't be a high-grade strain. But it will be something that he'll have to recover from."

Jamie Cripps is helped from the ground. Picture: AFL Photos 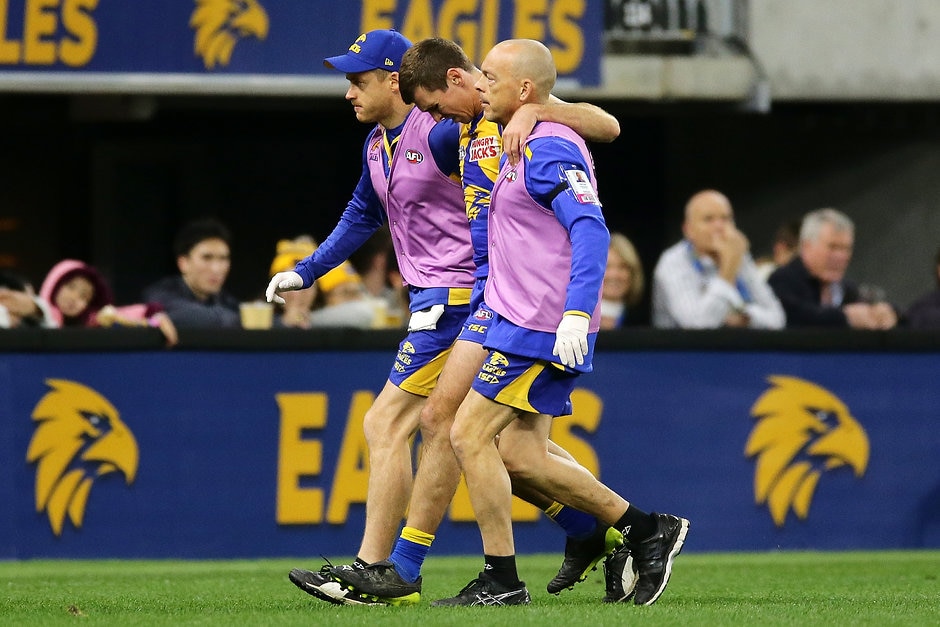 Cripps had hurt his adductor while executing a short kick to a teammate.

Eagles coach Adam Simpson said he wasn't sure how long Cripps would be out for.

"It didn't look great. I don't know how long they normally are, but you can't use that as an excuse," Simpson said.

"It was an important one for us": Buckley