The Saints surprised the Pies by scoring four successive goals to lead by eight points early in the third term before Collingwood rattled on seven of the next eight en route to a 28-point win. Woods star Jordan De Goey bagged a career-best six goals.

What it means for Collingwood: A chance to make amends for a sluggish performance against Carlton and to maintain pressure on top side Geelong.

What it means for St Kilda: An opportunity to break a three-game losing streak and claim a big scalp in the process.

How Collingwood wins: Ruck dominance and a vast spread of scoring options.

How St Kilda wins: Fanatical ferocity at the contest, full-field accountability and the kind of stoppage ascendancy Carlton had over the Pies for periods last round.

The stat: Since St Kilda held Collingwood to an atrocious total of 4.17 (41) on its way to a 28-point win at Docklands in round three, 2010, the Magpies have triumphed in four of their past five meetings there by an average of 40 points.

With Billings (ranked No.177 in the Official AFL Player Ratings) being a terrific playmaker for the Saints, the Pies could consider reassigning Greenwood (No.391) to his old tagging role.

It's a big week for: Josh Thomas

After enjoying a breakout 38-goal season last year, the classy small forward has been steady without being spectacular, tallying eight goals in the opening eight rounds. Slotted at least three goals on six occasions last year but is yet to do it once this year. This could be his day.

Josh Thomas might be in for a big day against the Saints. Picture: AFL Photos 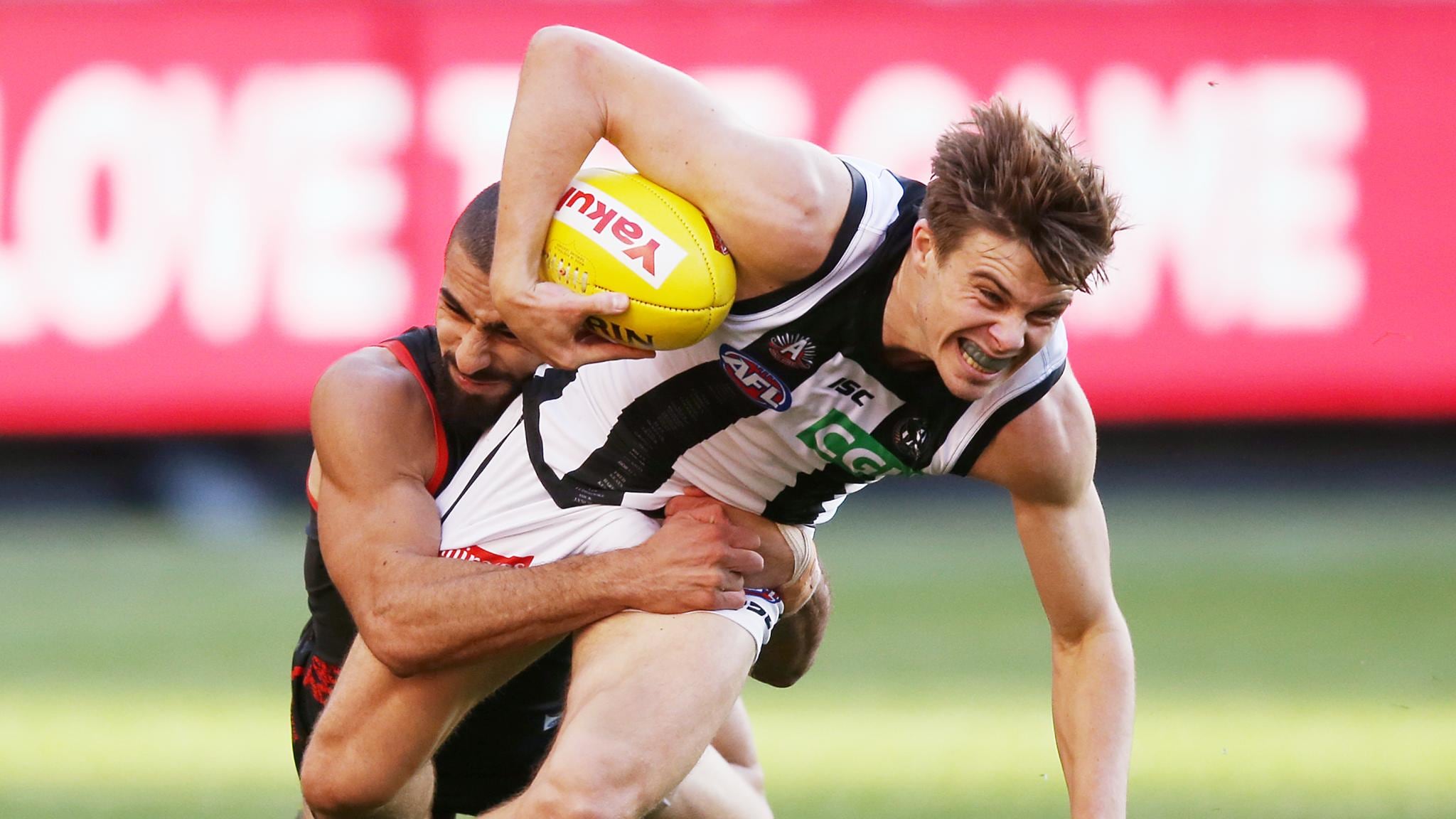 Big call: Saints hold sway until the final change when the Pies again explode with a match-winning burst.