The injury-depleted Magpies weathered a first-quarter barrage from the Lions to eventually run out comfortable winners. Brisbane led by 13 points at quarter-time and maintained its lead until just before the main break when Collingwood took charge. Jordan de Goey kicked four goals and Taylor Adams collected 33 disposals.

What it means for Brisbane: With a sellout crowd expected, this will be the biggest attendance at the Gabba since Brendan Fevola's 2010 season. On a national stage, the Lions need to show Saturday's below-par performance against Essendon was just a hiccup.

What it means for Collingwood: No strangers to big matches, the Magpies have been scratchy in their opening month and will be keen to find top gear against their much-improved opponents. A win would solidify a spot in the top eight.

How Brisbane wins: It simply must win the midfield battle. Not only must it win more of the contested ball, the Lions' pressure must be relentless to help a backline that can be exposed for speed when quick ball comes in.

How Collingwood wins: The Magpies have a forward line that could terrorise Brisbane if they get enough opportunities. Essendon showed quicker ball movement could hurt the Lions, and Collingwood might like to take a page from that book.

The stat: Brisbane has not defeated Collingwood at the Gabba since 2010. In fact, the Magpies have won eight of the past nine matches between the clubs.

The match-up: Darcy Gardiner v Jordan de Goey
The young Collingwood star, rated 72 overall in the Schick Official AFL Player Ratings, kicked nine goals in two matches against the Lions last year and is a handful for any opponent. Gardiner (ranked 246th overall) has the size and strength to match de Goey if the incoming ball is on even terms.

Dayne Beams will be back in the black and white if he's fit this week. Picture: AFL Photos 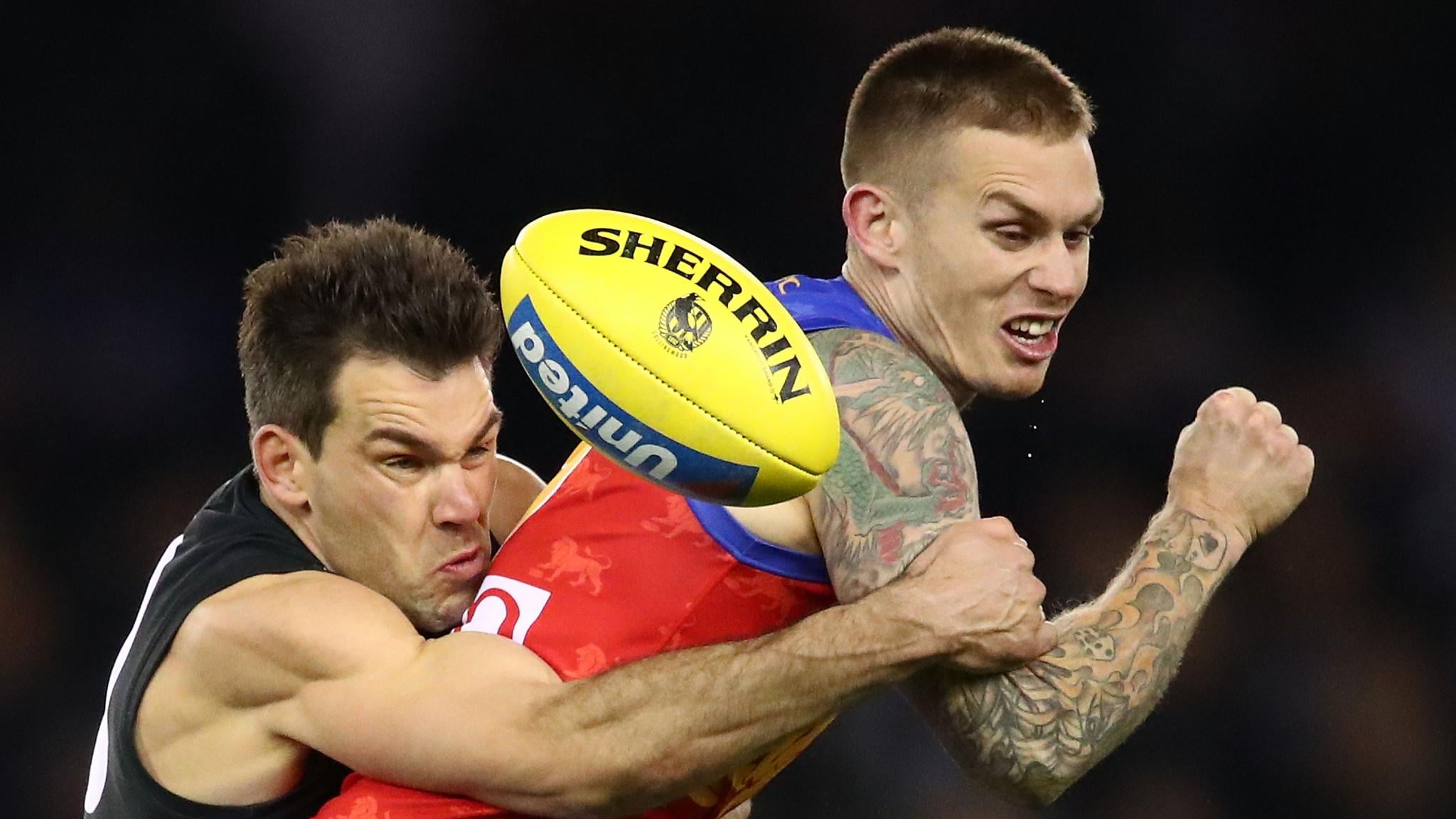 It's a big week for: Dayne Beams
After missing last week through illness, it now appears as if Beams will run out against the club he formerly captained on Thursday night. Beams had nothing but goodwill towards Brisbane when he departed and will ride a rollercoaster of emotions when he takes the field.

Big call: Charlie Cameron to take Mark of the Round.

Up Next Opposition: Zorko looking forward to Beams' return to Qld
Why not share?
Share This Article