There are few players who can provide the spark Scott Pendlebury gives Collingwood.

When Friday night's qualifying final against Geelong needed a composed figure amid the frenetic pace and pressure of September football, Pendlebury was there.

And when the Pies needed someone to provide a defining moment when things became scrappy after half-time, who else but Pendlebury could provide a cool finish on the run.

As he has throughout his 300-game career, the Collingwood skipper was the calm in the storm. He was also the driving force behind his side booking its spot in a preliminary final.

Moments of Pendlebury brilliance were littered throughout Collingwood's 10-point victory over Geelong. He won 24 disposals, took eight marks and laid nine tackles, with his goal late in the third term proving the decisive moment in taking the game away from the Cats.

It laid the foundations for a 9.7 (61) to 7.9 (51) win, which ensures the Pies are just one win away from returning to a second successive Grand Final in a fortnight's time.

It also means Geelong's path to a Grand Final will now include the obstacles of reigning premiers West Coast next week, and perhaps a trip to Brisbane or Richmond at the MCG.

To add to the drama, both sides will also be forced to sweat on September injury issues.

Geelong will wait on the extent of Mitch Duncan's knee injury, while Collingwood will be nervous about scan results on Jordan De Goey's hamstring and Levi Greenwood's knee.

But even playing two men down throughout the entire second half, Collingwood still had enough bodies to withstand Geelong's brave, late fightback in the final quarter. 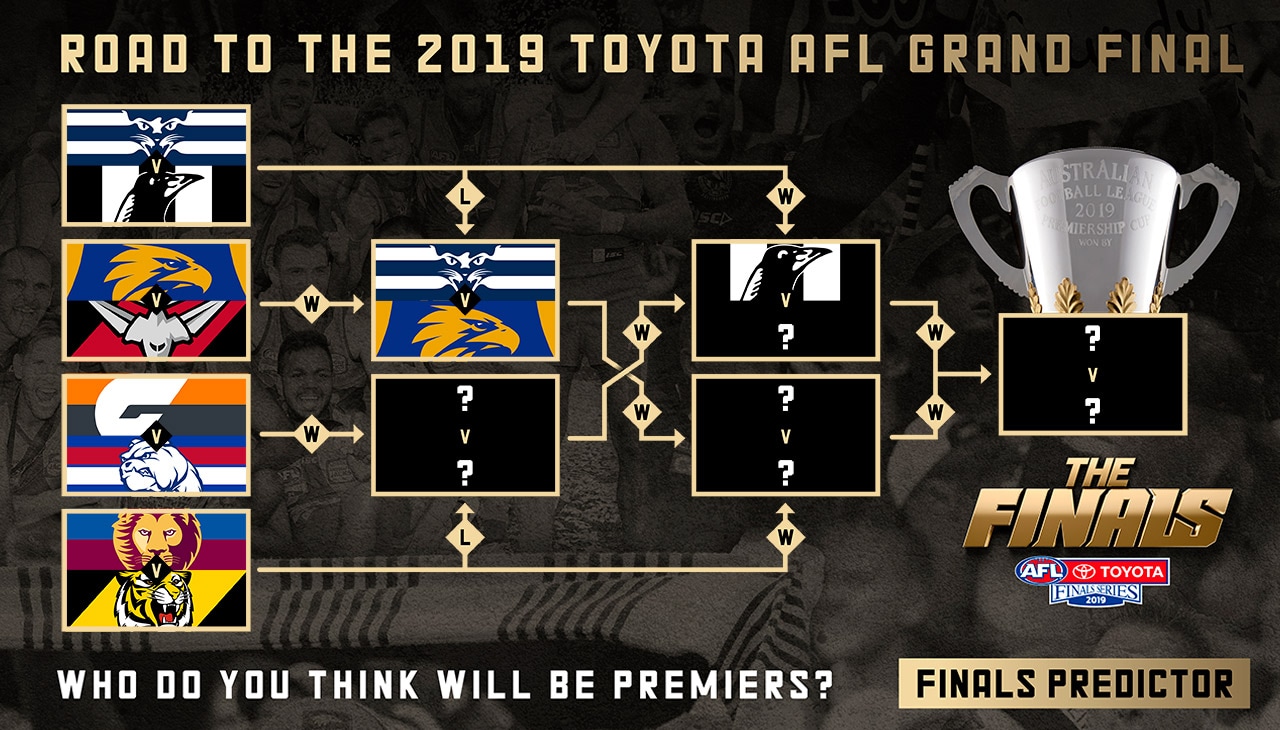 Brodie Grundy also feasted on a Geelong team playing without a recognised ruckman, with the dual All Australian racking up 21 disposals, 48 hitouts and seven clearances.

Patrick Dangerfield was Geelong's best, acting as a driving force in the midfield on his way to winning 32 disposals, seven clearances and a goal. But he and the Cats were left to lament a qualifying final where they spent much of the early stages stuck in second gear.

That tone was set inside the opening 10 minutes of the game.

Collingwood had the first 10 inside 50s, the first five scoring shots and the first three goals of the match, getting an early jump on Geelong to quickly create a 20-point buffer.

The Pies didn't have things all their own way. In fact, the Cats settled nicely after a lethargic start, yet their ability to withstand the response would have pleased coach Nathan Buckley.

And, having weathered that inevitable storm, Collingwood then set about regaining control.

The Pies kicked four consecutive goals on either side of quarter-time, with their fantastic ball use and relentless pressure forcing the Cats into uncharacteristic and needless errors.

Where Geelong was rushing and fumbling, Pendlebury and Sidebottom instead provided cool heads amid the frantic finals intensity to provide Collingwood with the ascendency.

Steele Sidebottom was among the Pies' best against the Cats. Picture: AFL Photos 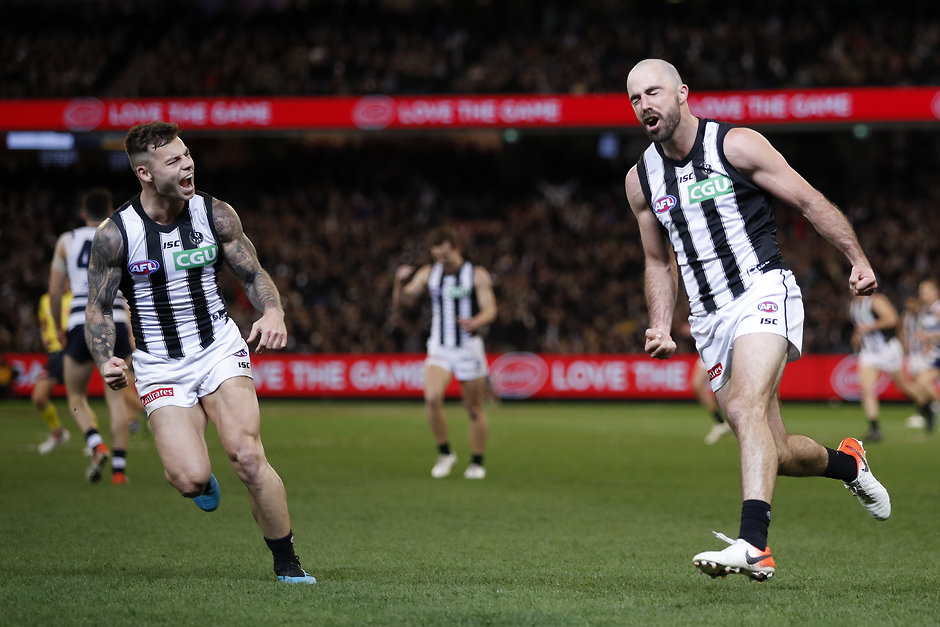 However, once again, just when the Pies looked to hit their straps, the Cats responded.

Where Collingwood's periods of domination were sustained over long periods throughout the first half, Geelong's counterattacks were rapid in return. It kicked three goals in nine minutes to end the half, closing the deficit from 36 points to just 19 by the main break.

Both teams then appeared stuck in a holding pattern after that. Clearly stunted by their respective injury blows, neither could get a foothold in a gripping contest.

It was suddenly a game crying out for a pivotal moment. Pendlebury, in his 300th match, provided it with a defining and decisive goal from 50m out late in an even third quarter.

It extended Collingwood's lead to 25 points and made the road to recovery that much more murkier for a brittle Geelong side that had been wavering throughout the evening.

It would be the last goal for a long time, with Jeremy Howe and Darcy Moore repelling a series of Geelong attacks. But when that goal did arrive, via Dangerfield in the 16th minute of the final quarter and followed by Tim Kelly moments later, it ensured for a nervous finale.

Geelong closed the gap to 10 points, holding Collingwood scoreless in the final quarter. But the fightback proved too little, too late, as the Pies surged into the preliminary final.

Fans' Best on Ground, in partnership with Google: Scott Pendlebury