Collingwood's top draftee Jay Rantall has interhited the No.35 guernsey, as tradition dictates, while its former custodian Isaac Quaynor steps up to the No.3 vacated by Daniel Wells.

Fellow first-year players Trent Bianco and Trey Ruscoe have been given the No.34 and No.39 jumpers respectively.

2020 player numbers have been finalised. pic.twitter.com/ZyzjhkBEgP

Ex-Swan Darcy Cameron has snared No.14, previously worn by new Docker James Aish, while Tyler Brown has taken 2010 premiership player Tyson Goldsack's old No.6 and mid-season draftee John Noble will don the No.9, which was worn briefly by the delisted Sam Murray. 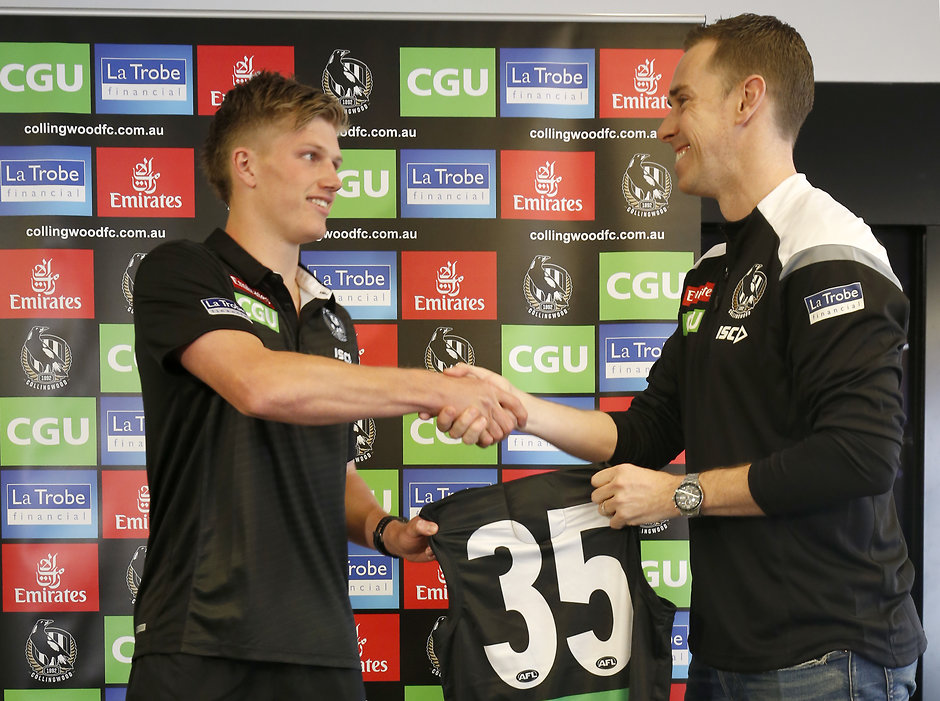 Though drafted as a backman, Trey Ruscoe doesn't want to pigeon-hole himself into an exclusively defensive role