Collingwood will kick off its finals campaign with a blockbuster Friday night qualifying final against Geelong at the MCG.

The Pies, who ended up finishing the home and away season in fourth position on the ladder, will take on the Cats in September for the first time since the 2011 Grand Final.

Geelong won the minor premiership thanks to their win over Carlton at GMHBA Stadium on Saturday and the Brisbane Lions' loss to Richmond on Sunday.

The qualifying final, to be held on Friday, September 6, will be Scott Pendlebury's 300th AFL match. 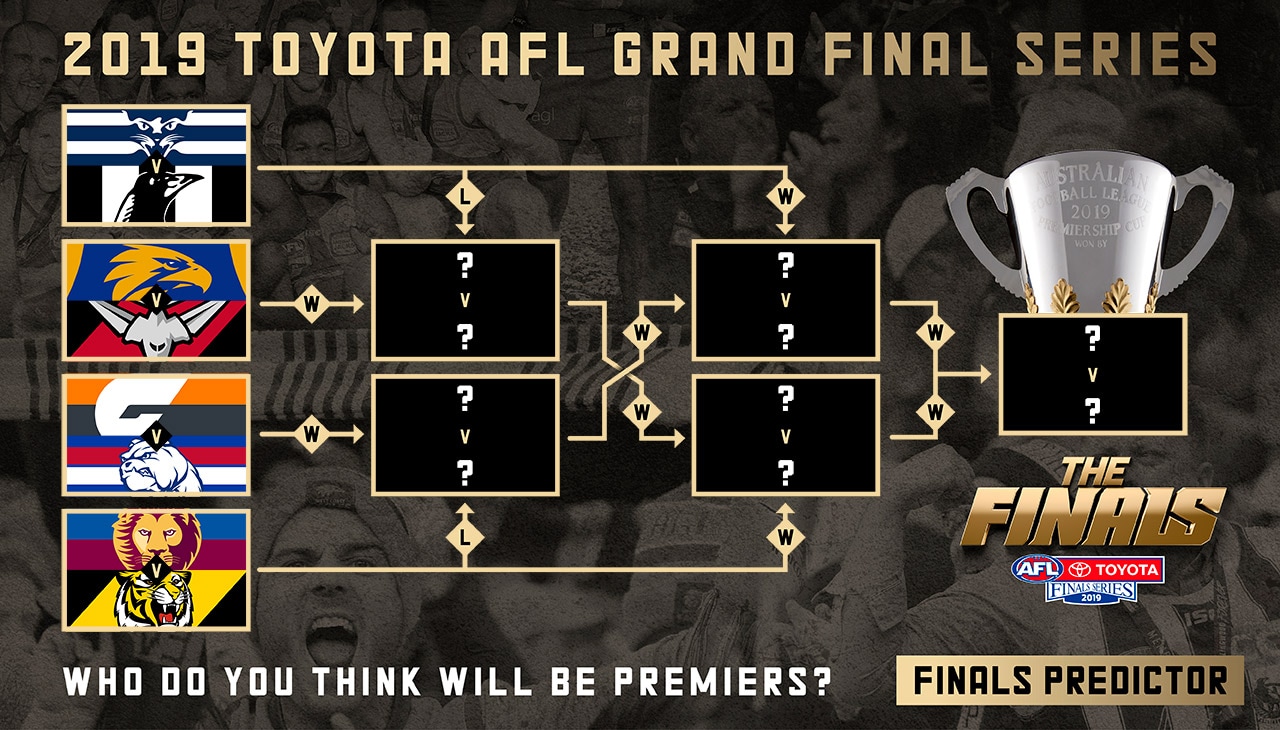 Meanwhile, West Coast and Essendon will kick off this year's finals series when they clash in a Thursday night elimination final at Optus Stadium in just under a fortnight.

The AFL released the fixture for the first week of the finals with the reigning premiers and eighth-placed Bombers to do battle on Thursday, September 5 at 6.10pm AWST.

Greater Western Sydney and the Western Bulldogs will do battle in an elimination final at Giants Stadium on Saturday afternoon, in a repeat of the epic 2016 preliminary final.

The Dogs won that clash by six points on their way to their historic drought-breaking premiership.

Week one of the finals series closes with Brisbane, playing its first final since 2009, hosting Richmond at the Gabba in a qualifying final on Saturday night.

The two sides have met once in September with the Lions hammering the Tigers by 68 points in a preliminary final on their way to the 2001 premiership.

Collingwood has been crowned back-to-back minor premiers after claiming a 15-point victory over Hawthorn on Saturday.